ODM leader Raila Odinga has dismissed claims that he is a state project and is in need of President Uhuru Kenyatta's endorsement.

ODM leader Raila Odinga has dismissed claims that he is a state project and is in need of President Uhuru Kenyatta's endorsement.

Speaking to Citizen TV on Wednesday, December 19, 2021, the former Prime Minister clarified that he only needs President Kenyatta's vote.

“He doesn’t have to endorse me, and I’m not a project, I don’t want to be seen as a project,” Raila said. 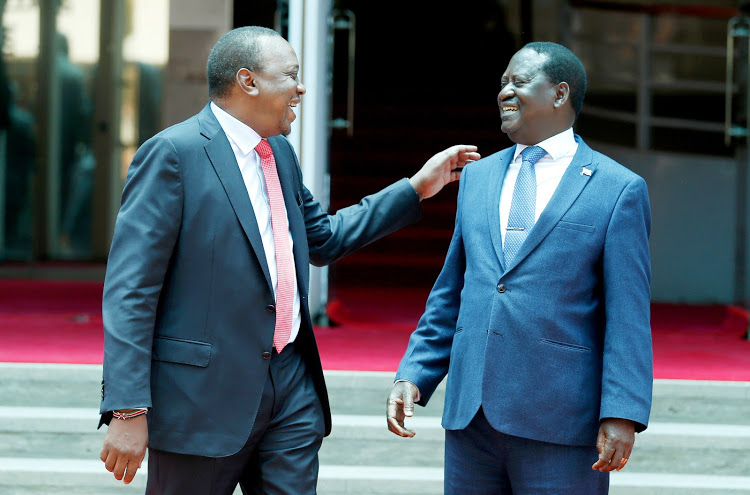 “I want to run as Raila Odinga the way I have run, but if the president gives me his vote, I will be very grateful,” he added.

The ODM leader steered clear of the running mate question, noting that there are seven months to the general elections and in that period he will consult and settle on the right person.

Raila reflected on the development brought about by the previous presidents adding that it is time Kenya gets an engineer to 'engineer' the country's economic revival and take it to the next level.

“Look at these different presidencies, our first president was an anthropologist, he gave us the Kenyanisation of the Kenyan economy.

“The second president was a teacher who laid a lot of emphasis on Education.. you can see the Nyayo milk program and so on,” he stated.

Raila noted that under the retired President Mwai Kibaki regime, Kenya got the vision 2030 and an economic upturn.

The former premier is keen on taking the baton from the presidents and engineer the country's economic rise.

“So that Kenya can leapfrog and reach the countries that were in a similar state in 1963 when Kenya became a sovereign State.

“I think I can do it, I have the ability, I have the vision, I have the clarity of mind and it is not just me, It is going to be a teamwork and I think I can be able to identify talents in different fields and make good use of them so that our country can take off,” Raila stated.

Relief for Farmers After NCPB Offers to Buy Maize at Ksh3,000 Per 90Kg Bag

Why CS Kindiki Made Impromtu Visit to Nyayo House