Meet Pastor Who Could Become Kenya's Second Most Powerful Woman

The August 2022 general election is one of the most anticipated in the country as it indirectly pits President Uhuru Kenyatta against his deputy William Ruto.

Being President Kenyatta's last term, and considering that DP Ruto is seeking the presidential seat, it is a guarantee that Kenya will have new persons occupying the presidency after the August 2022 election.

If the Ruto-Gachagua ticket wins the 2022 presidential election, Dorcas will be the wife to the deputy president; making her the Second Lady; the second most powerful woman after the First Lady.

So, who is Dorcas Wanjiru Rigathi?

She is a pastor and runs her church in Mathira constituency. Not much was known about her until early this year when she preached at a service attended by DP Ruto.

At the service, she noted that she and her fellow religious ministers from the Mt Kenya region won't take a neutral position regarding the 2022 election. 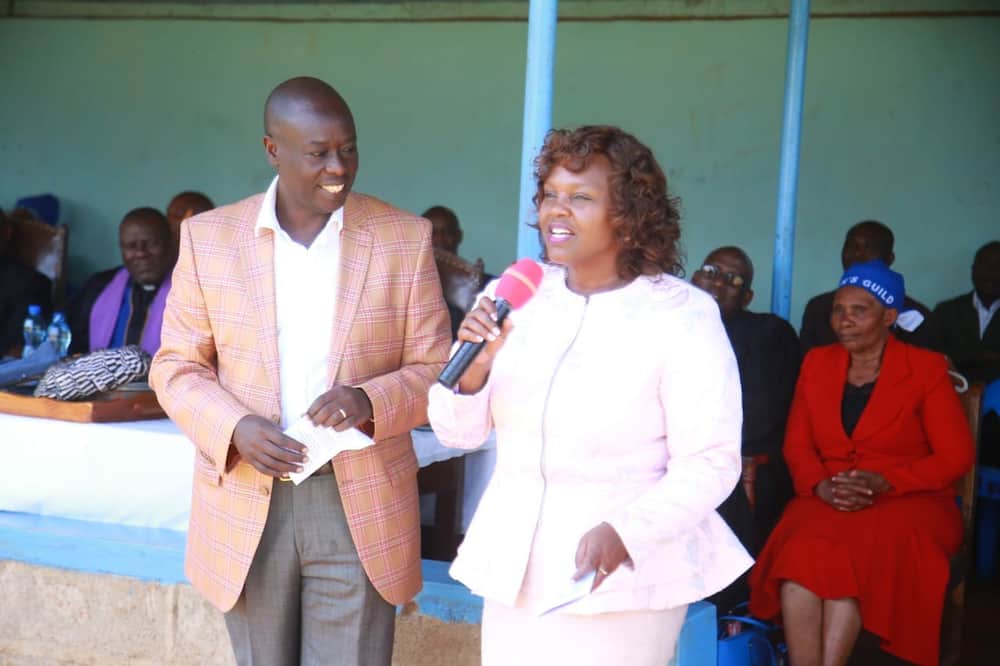 According to her, the role of religious leaders is to show their flock the way, which in her view is represented by DP Ruto and the Kenya Kwanza coalition.

"The clergy represented here is a pool of untouched potential...In our engagement, we have agreed that we will no longer act safe, never be fence-sitters or say we are neutral.

"In the 2022 elections, the Church is on the ballot. This election is about light and darkness and we are the light of the world... (Ruto), you will become the President. Presidency of grace," she was quoted.

In addition to ministering, she heads Dorcas Rigathi Mercy Ministries that support widows in the community.

Her dedication to supporting widows and other vulnerable members of the society saw her awarded a honorary doctorate degree by Breakthrough International Bible University.

She is a mother of two; Keith and Kevin both of whom are fully grown. On several occasions, her husband has termed her as the backbone of the family and lauded her for being supportive.

Speaking after being named Ruto's running mate, Rigathi said if they win, this country will be led in a prayerful manner as both the First and Second Lady will be persons who are anchored on religion.

DP Ruto's wife Rachael Ruto is known to be a staunch Christian and a revered prayer warrior.