Ruto Hits Out at Raila After Uhuru Endorsement at Sagana III

DP Ruto asked the former Prime Minister to stop bothering the Head of State with campaigning for him and let him retire gracefully after serving his two terms in August.

Speaking in Kitui the same day, DP Ruto asked the former Prime Minister to stop bothering the Head of State with campaigning for him and let him retire gracefully after serving his two terms in August.

He accused the Azimio team of misusing the president.

“Stop bothering our President Uhuru Kenyatta. Please, we are asking our competitors to stop trying to use the president; the man we elected who has completed his duty. Stop misusing him to try and campaign for an unpopular project. 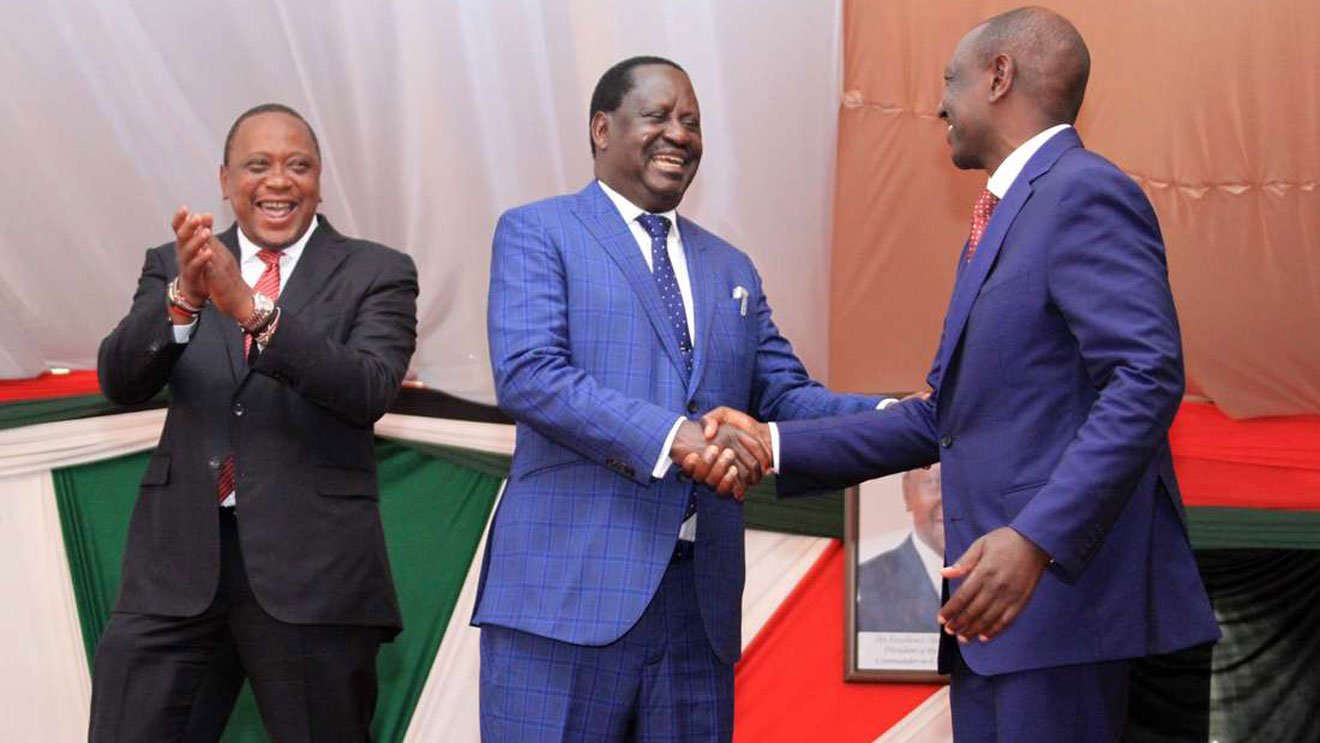 “You are abusing the matters of the President of Kenya. We want the President to retire with honour and respect. Do not assign him duties that are unpopular and responsibilities that have no meaning,” DP Ruto was quoted by Citizen Digital.

The second in command further accused the ODM leader of derailing development projects in the country during President Kenyatta's second term.

He further claimed that Odinga ruined the ruling Jubilee Party adding that the government would have achieved more should have the handshake not happened.

The deputy president's remarks came after President Kenyatta addressed leaders and the people of Mount Kenya, urging them to support Odinga's presidential bid.

"I appeal you to support Raila. Help him to the top. Even my friend Ruto, he can become president someday akishika line. Tushikilie huyo Mzee (Raila) mara hii, huyo kijana (Ruto) tutafikiria baadaye

"Let's hold the old man's hand and if the other young man also reforms, I have not stopped anyone from supporting him," Uhuru said.

How I Managed to Woo Rev Lucy Natasha - Prophet Carmel