The Kenya Bureau of Standards has flagged 14 maize flour brands that it deemed harmful for human consumption.

The Kenya Bureau of Standards has flagged 14 maize flour brands that it deemed harmful for human consumption.

According to the standards regulator, the said flour brands failed to meet the required standards. 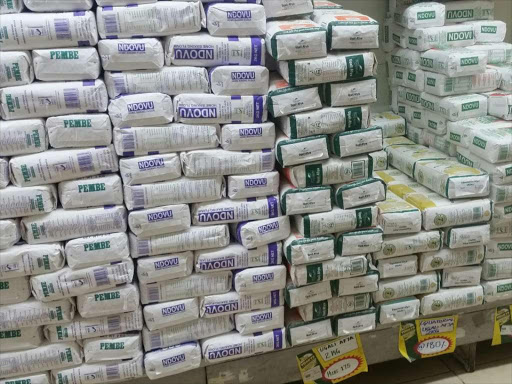 File image of flour brands at a shelve of a local retailer. |Photo| Courtesy|

KEBS in a statement urged all retailers across the country to withdraw the listed maize flour brands from their shelves.

The standards regulator further issued a warning to the millers asking them to comply with the set standards for the brands that they are yet to test before rolling them out into the market.

KEBS, however, clarified that the move is not a total ban of the flour brands but a regulatory action aimed at giving the millers a chance to take corrective action and ensure quality products are made available for consumers.

Over the years, the country has continued to face the menace of sub-standard flours being introduced into the local market.

The World Health Organisation (WHO), in a past study, estimated that about 25 per cent of food produced globally is destroyed yearly due to dangerous levels of aflatoxin.

Linturi Revisits Uhuru’s ‘Madimoni’ Remark, Reveals How They Pushed Him to Contest for Presidency