Softie, one of the most successful Kenyan documentaries, locally and internationally, is now streaming on Showmax.

Softie, the most successful Kenyan documentary ever, locally and internationally, is now streaming on Showmax.

Directed by Sam Soko, who also co-produces alongside Toni Kamau, Softie follows Boniface Mwangi’s political pursuit and the pressures it puts on his family.

Known for his outspokenness against injustice and daring protests that have seen him constantly clash with the police, Boniface, who calls himself ‘The People’s Watchman’, is arguably Kenya’s most prominent activist of our time.

Filmed for seven years, Softie traces Boniface’s love and commitment for his country through his early days as a photojournalist at the centre of the 2007 post-election violence, as a vocal activist, and as a politician looking to create a better Kenya for his children.

In the film’s 96 minutes, we follow Boniface on his new journey as he tries his hands in politics for the first time in the 2017 elections, hoping to change the system he’s so persistently fought from inside. “I’m going to topple the government,” he tells his young son. 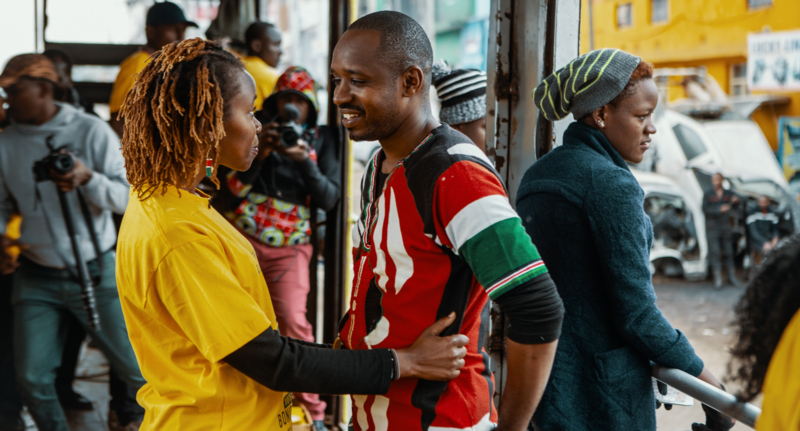 Softie offers a very intimate look at Boniface’s life that has never been seen before in his very public and bold activism, and especially, the toll that it takes on his family – wife Njeri Mwangi and their three young children, who at some point, are forced to flee to America when they start receiving death threats.

As he wrestles with his duty to country and to family, Boniface is faced with the ultimate question: Should country come before family?

Lauded by critics, Softie has a 92% score on Rotten Tomatoes with Roger Ebert calling it “a tense political thriller, gripping its audience’s attention as the events lead to the inevitable election day showdown”; The Film Stage “a compelling act of defiance”; and Shadow and Act “bold and emotionally visceral.”

Softie also attracted praise from Oscar winner Lupita Nyong’o, whose politician father has served as a government minister, a member of parliament, a senator and is now the current governor of Kisumu County. 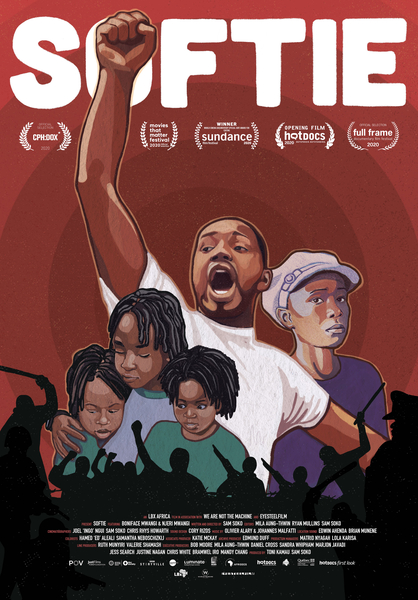 Lupita tweeted, “As the child of a political activist who witnessed their father being harassed and injured, who wondered when and if he would come home at night, the documentary Softie moved me.”

She added, “It is the incredible story about the activist Boniface Mwangi and his journey to uncover the truth behind Kenya's disheartening politics and corrupt system. If you believe in governments for the people, by the people and of the people, this film is for you.”

Softie won multiple awards, including a Special Jury Award for Editing at Sundance Film Festival in 2020, with Boniface named one of The Unforgettables by Cinema Eye last year. Softie was also nominated for the News and Documentary Emmy Awards 2021 in the Outstanding Politics and Government Documentary category; Best Feature from the 2021 International Documentary Association Awards; 2021 Peabody Awards and the 2021 Producers Guild of America (PGA) Awards for Outstanding Producer of Documentary Motion Picture for Sam Soko and Toni Kamau, among other accolades.

Back home away from the global awards and festivals, Softie made history in 2020 as the first-ever Kenyan film to run in cinemas for seven consecutive weeks.

Don’t Subject Yourself to Humiliation - Senator Wetangula to Kalonzo Musyoka