KCB Issues New Directive to All Customers with Existing Loans

According to a statement released by the bank early on Friday morning,  a 20% excise duty would be charged on all loan-related fees and commissions.

This is after the Finance Act 2021 was adopted in the 2021/2022 budget as proposed by Treasury Cabinet Secretary Ukur Yattani.

The Act raised Excise duty by 5% from the initial 15%. 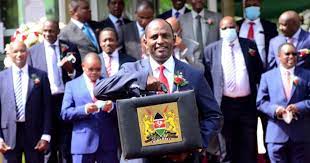 The adjustment has affected key service areas for Kenyans including data, airtime, calls, and loans.

Kenyan network service providers have already raised their call rates with Safaricom customers paying as high as Ksh 4.87 per minute during peak times.

Digital loans such as KCB Mpesa have also seen a significant bump upwards in the interest rates. The loans will now attract 8.64% interest monthly, up from 7.35%. 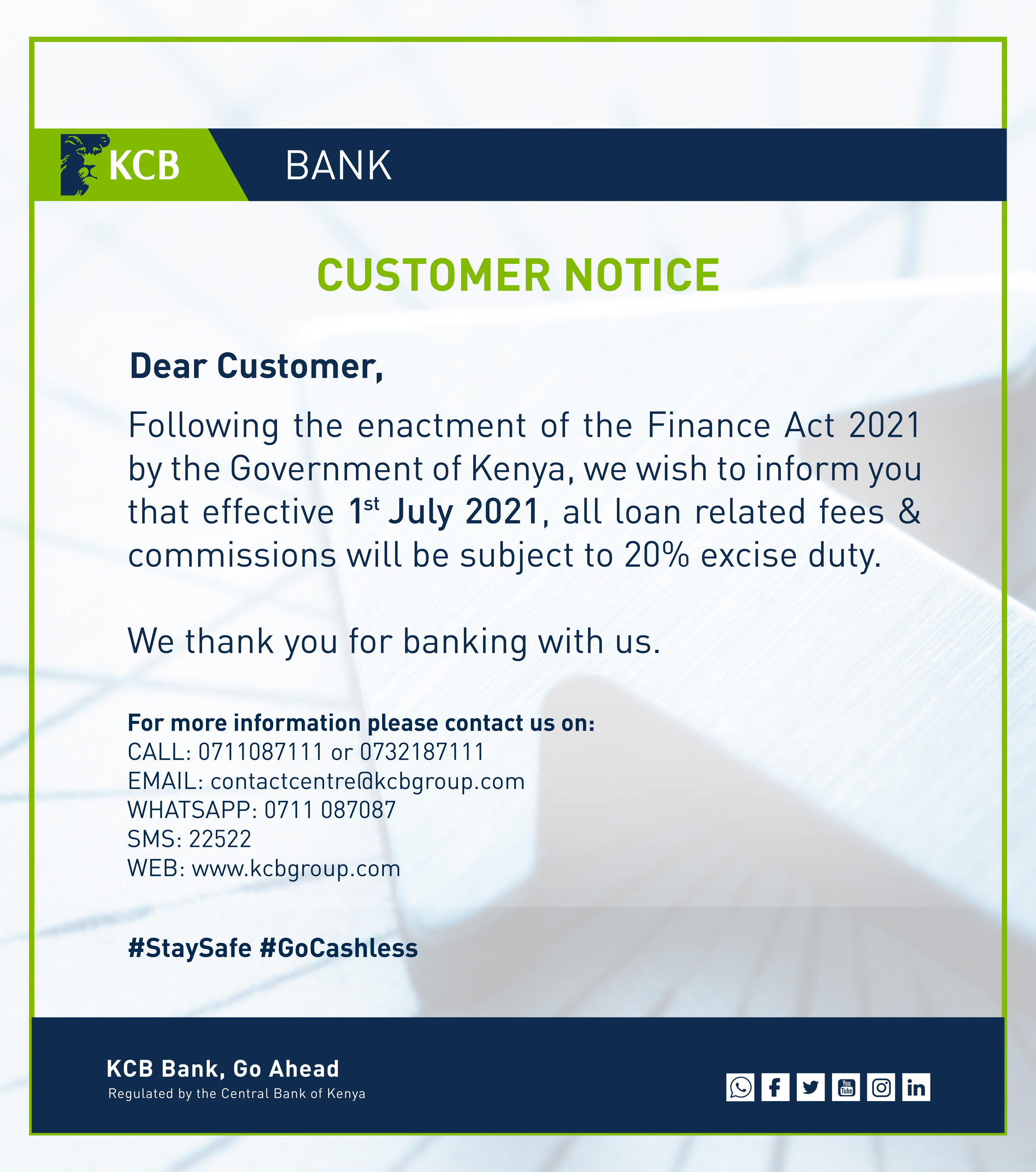 Mshwari loans will attract a marginally higher fee at 9% while Fuliza daily fees will include the 20% Excise Duty in its daily fee.