In our segment of #KenyaWomenSeries, we feature, Rachel Ombaka. A journalist and online Sub-editor, with 12 years in media and who Is articulate and meticulous when it comes to detail.

In our segment of #KenyaWomenSeries, we feature, Rachel Ombaka. A journalist and online Sub-editor, with 12 years in media and who Is articulate and meticulous when it comes to detail. She describes herself as a woman's woman; she stands in the gap and uses her voice to amplify the achievements of outstanding women as well as the challenges they face. She is audacious, unapologetic, and always willing to go the extra mile.

Ombaka's career began in the media industry despite training in Information Systems & Technology. She interned as an online sub-editor at Nation Media Group (NMG) in 2007 before joining Citizen TV later on in 2018.

But how did she gain entry into media? We asked her.

"I was in my final year at USIU-Africa when Nation Media Group launched its first Media Lab program. Soon after they began seeking qualified applicants and I gave it a shot. I was among the six Kenyans who were selected for training alongside other students from Uganda and Tanzania. It is there that I honed my journalistic skills.

Working at NMG prepares you to work anywhere else in the world and it is because of this experience that I got to work at Citizen TV and currently at Jeune Afrique Media Group, with the Africa Report team. At Citizen TV, I worked under Philip Mwaniki (head of digital) and he was very instrumental in my career growth. He challenged me:

I have spoken at several conferences: the African Women in Media conference (AWiM 2019); the commemoration of the International Day to End Impunity and Crimes against Journalists (IDEI 2020) and the World Press Freedom Day 2021 conference that was organized by the Media Council of Kenya (MCK).

Most recently, during the Digital Media Africa 2021 conference, I was in a panel with editors from Malawi, Rwanda, and Zimbabwe where a report was released showing that women don't tell anyone when they are sexually harassed in the newsroom because of a fear of retaliation and lack of faith that their organisations will do anything about it. Additionally, two out of five times, the perpetrator is a person in authority.

Sexual harassment is about power and patriarchy provides an enabling environment for this behaviour to thrive. Most Kenyan newsrooms are male-dominated, so you find that when it is a woman speaking up against this vice, they see the women and don't hear the message, and society is conditioned to listen more to men than to women.

There has also been a debate on how one can label a romantic approach as sexual harassment yet it could be a genuine pursuit. I also kept being asked why women take small issues so seriously and how are men supposed to get wives if we start restraining them. 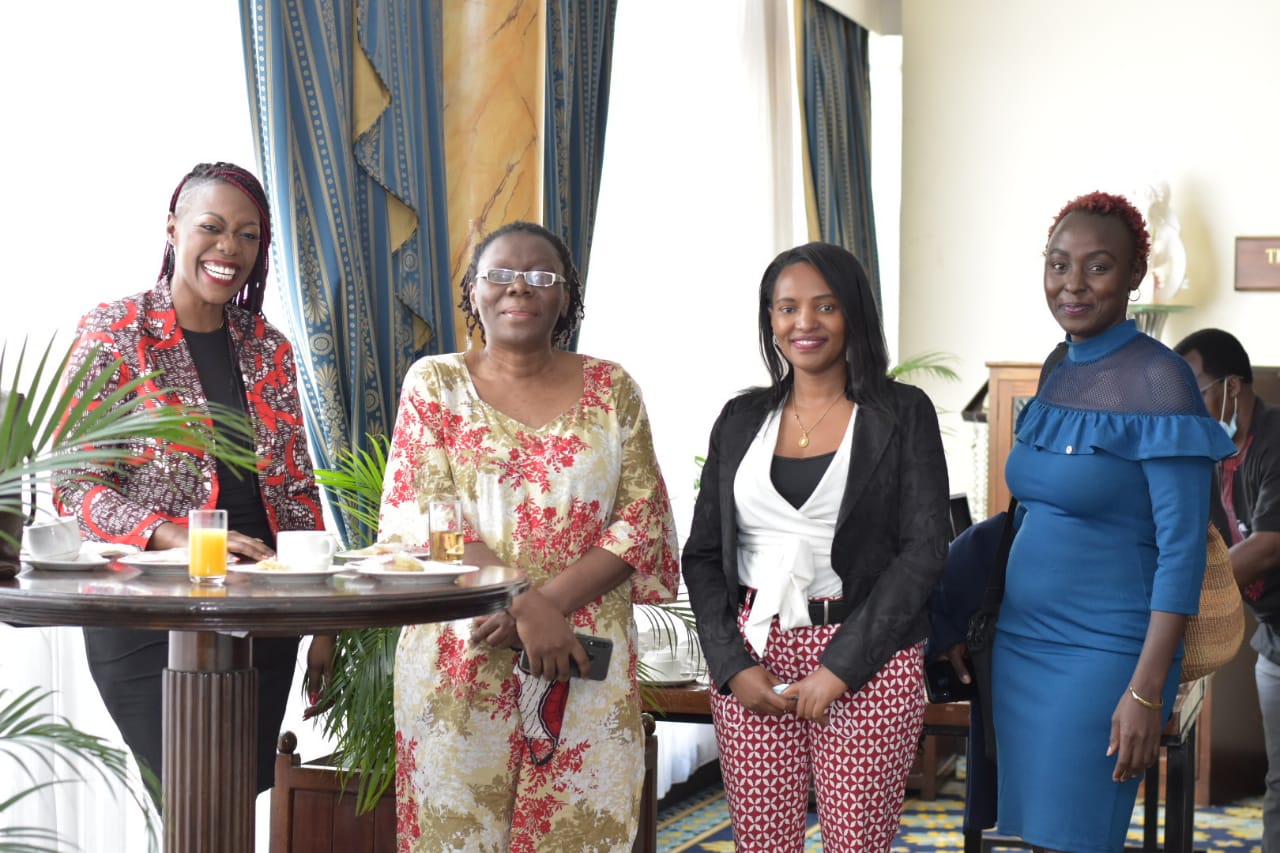 Getting perpetrators to understand that sexual harassment is based on how the person on the receiving end feels about the behaviour remains a big challenge. We have to continue speaking about it to help people understand that one cannot be comfortable or thrive in the workplace if they constantly feel violated.

2. How did you find your voice in speaking about it and why is it important that we address sexual harassment in media?

It was through the Women in News (WiN) Leadership Accelerator programme where sexual harassment was one of the training modules. Regular engagements with Jane Godia, who is now the director for Africa; MCK's Christine Nguku, who was my coach at the time; Mildred Ngesa, a leadership coach; and female journalists who went through the WiN program before me is what dropped the scales from my eyes, so to speak.

Sexual harassment is misunderstood as a fight between men and women, yet it is very personal and centred on wielding power over those seen to be at a lower level.

Violating someone takes all forms, just to mention a few:

• Comments about intimate parts of the body

With corporates now analysing sexual harassment and gender equity, we will start seeing advertisers pulling out or declining to be linked with media organisations that are perceived to be perpetuating the vice. Sexual harassment is bad for business and nipping it in the bud isn't just valuable for employees, but also necessary for maintaining relationships with organisations that partner with the media.

3. You are part of the team working with the Kenya Media Sector Working Group to deal with sexual harassment in newsrooms (MCK, AMWIK, Article 19, JHR, Women in News and The Woman's Newsroom Foundation). Tell us about your experience working on this project and some of the impact you envision will be a result of this.

We have had several meetings to assess what the situation on the ground is, what each organization is doing to combat sexual harassment, what is hampering victims from reporting and where we can come in to strengthen willing organizations as well as existing policies.

What we have realized is that most organizations have sexual harassment policies to tick boxes but they are not implementing them. Additionally, there are no clear reporting structures, neither is their support for those who report such cases.

Therefore, we are identifying legal channels that can help in this area and setting up structures that will offer guidance on reporting mechanisms. We will also be working with universities to train students on sexual harassment so that when they join media organizations as interns, they know how to identify the vice, report and ward off perpetrators. 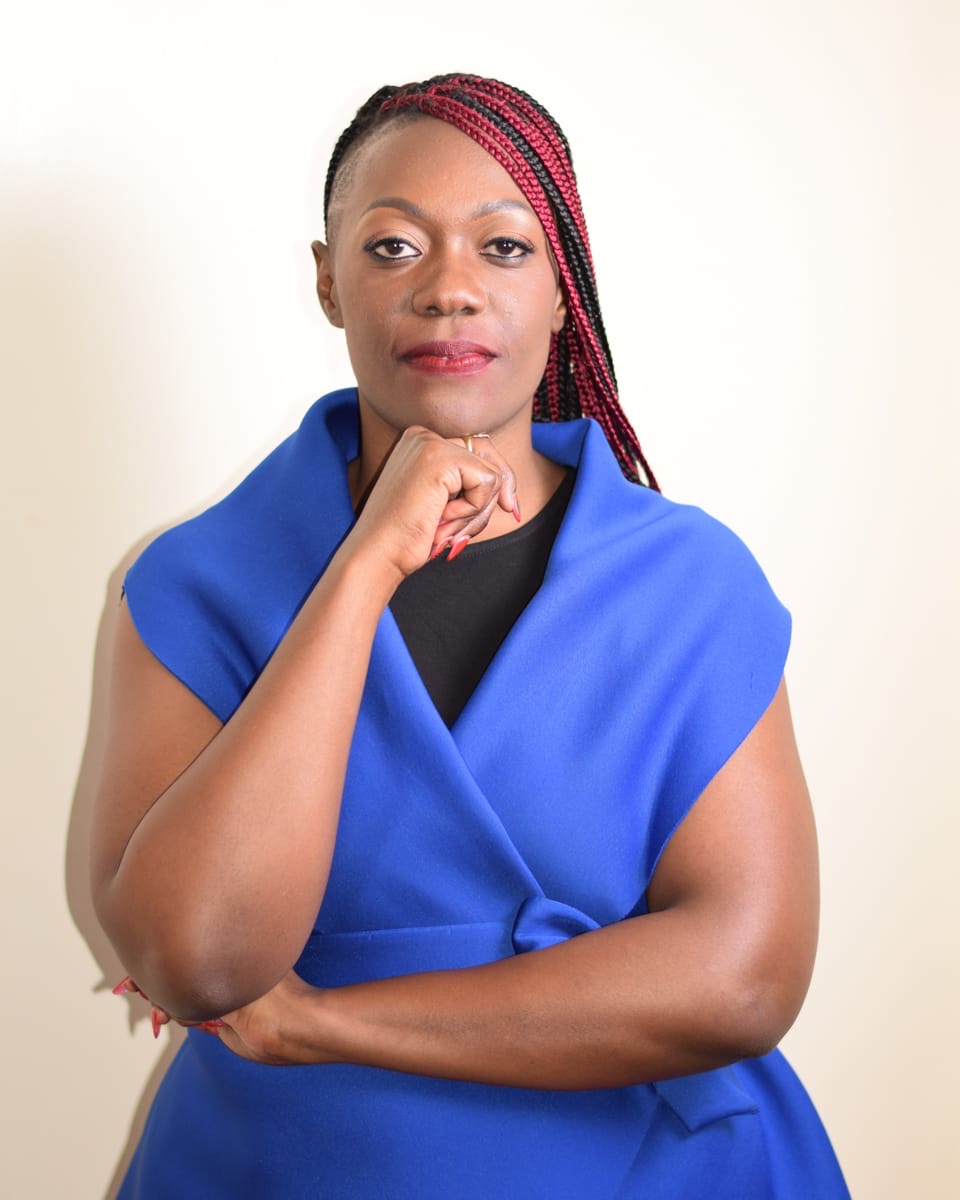 b) Will you share some practical tips that journalists can apply if they encounter sexual harassment in the newsroom?

What has worked for me is the Women in News practical guide for employers and employees.

For an employee, there are six steps that one can choose to address:

I. Identify how you are being sexually harassed.

II. If you feel able to, inform your harasser that the behaviour is unwanted.

III. Keep yourself safe at work.

V. Make a complaint; and

For employers, the guide has eight key points:

I. Treat all complaints seriously.

II. Have both informal and formal complaints procedures.

IV. Appoint a designated person to deal with and investigate cases of sexual harassment.

V. Bring in assistance or expertise - in some situations where it may be necessary - to ensure a fair, impartial and objective investigation.

VII. Consider the option of suspension, in more serious cases such as sexual assault, as the organization (or the police) complete investigation; and

VIII. Explain your procedure in your policy to employees as well as managers so that there is no confusion about what is involved.

4. With such tremendous growth in her career, we asked Rachel how what role the following have played in her career.

Mentorship. It sounds like such a complicated word but it's not. I sought out women in my career who were where I wanted to be and who were doing what I aspired to do.

Some of them don't even know that I look up to them. I either interact with them on social media or ask them out for coffee or lunch, once in a blue moon. Intentional conversation – online or offline – is powerful. I get to see my life through someone else's eyes and then make changes where need be.

Personal Branding. I could write a whole book about personal branding. Aside from speaking up against social harassment, I have been asked to speak about social media and mental health by the Chiromo Hospital Group, gender-based violence by Amnesty International Kenya and I have done several projects with Oxfam Kenya.

If you look at my timelines on social media, you will notice that I use social media as a tool: to pass on a message, support a cause, connect with like-minded individuals, offer support and get encouragement.

I have learnt that people, including potential employers, may not engage with you on a day-to-day basis, but when they need someone to work with, your brand is what will set you apart from the rest. And people can only know your brand if you constantly speak about it, authentically.

Taking up new challenges. I rarely shy away from new opportunities or tough conversations even when they seem scary, and somehow they have always paid off. Even when I am afraid, I still take the leap.

Life can get overwhelming if we only stick to what we know, and one can never know if we can be good at something if we don't try. Wondering 'what if' is not my cup of tea: I would rather look back and say, at least I tried.

Forging networks. I have met and worked with people who I never thought would cross my path. I did this by joining organisations such as AMWIK and Amnesty International Kenya; plugging into online conversations such as the hosted by VOA's Kennedy Wandera on Twitter Spaces, signing up for a Thomson Reuters Foundation health reporting training and reaching out to people whose work I want to amplify. Doing this has given me several opportunities to learn, unlearn, get interviewees and showcase my work. 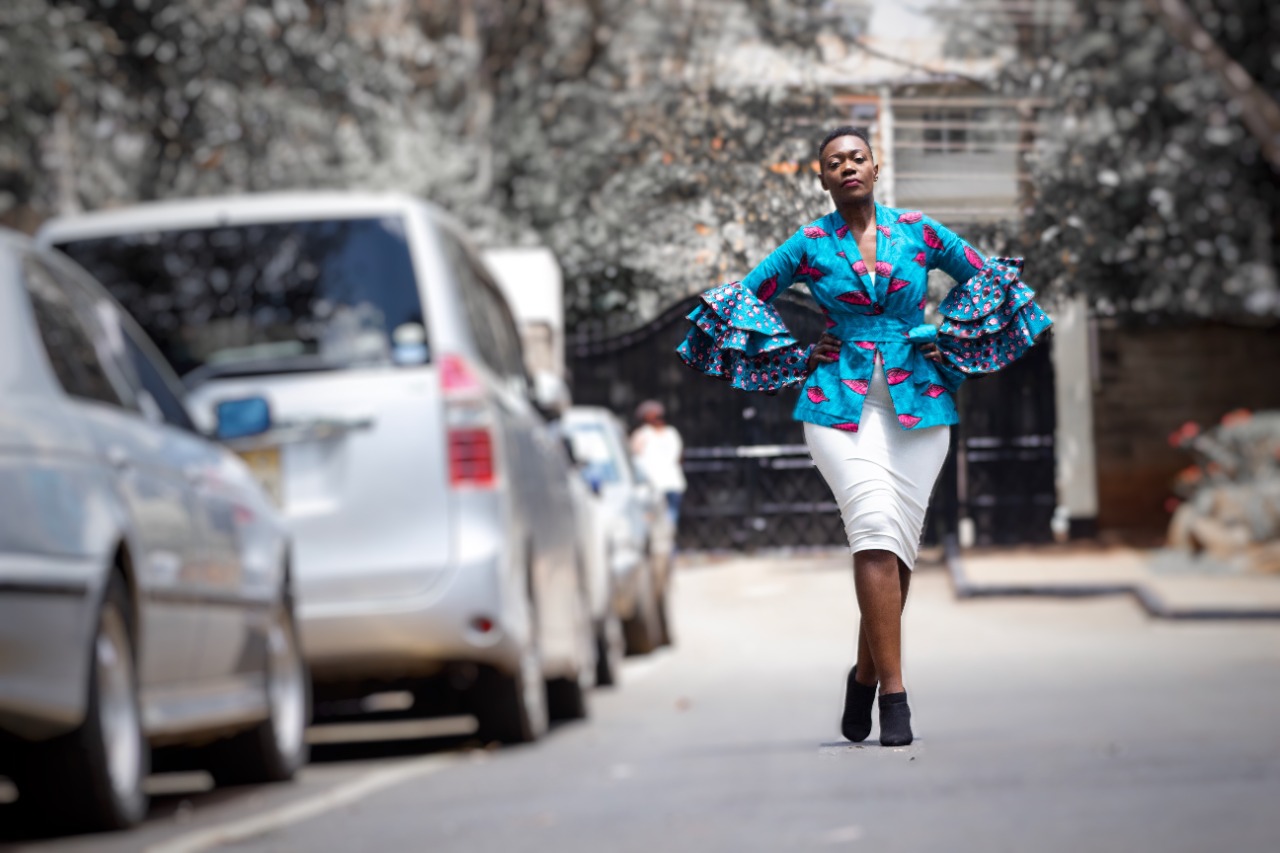 5. Given an opportunity to re-imagine the world (for women and girls), is there is anything you would change? If yes, what will it be and why?

Yes. Not everyone has the opportunity or the ability to speak up for themselves when aggrieved, which is why we cannot always assume that we are all the same. We are all going through life at a different pace and everyone's journey is different. I would change the fact that we often have to speak up or fight for our rights, based on our identity. We need a world where everyone is respected and valued irrespective of who they are.

6. If you were to choose two values that are most important to you that shape the way you work and live, what would they be and why?

 Authenticity: When you are true to who you are, living life genuinely, not comparing yourself or focusing on others' perception of you, somehow the wind will always rise beneath your wings.

 Being intentional about physical and mental health, how you engage with friends and family and what you post on social media. You do yourself a disservice when you just go through the motions, without thinking of the bigger picture. Be the energy you want to attract.

Everyone deserves to thrive and there is space in the universe for everyone to do so: life is not a competition. As my mother showed me when she began her life afresh at 60, nothing is impossible. You can jump-start your life at whatever point you are. Carpe diem!