It has now emerged that Deputy President William Ruto earlier this week reached out to his political nemesis Raila Odinga via a phone call.

It has now emerged that Deputy President William Ruto earlier this week reached out to his political nemesis Raila Odinga via a phone call.

News of the phone call was shared by ODM Chairman John Mbadi who noted that the DP reached out to inquire about Odinga’s health after he was diagnosed with Covid-19 and is currently isolating.

Mbadi, however, dismissed claims that the phone call was about political negotiations noting that the two did not have any discussion around politics.

“There is no discussion between ODM and the Deputy President. I want to confirm that the only telephone conversation which has taken place between Raila Odinga and William Ruto was yesterday or the day before and when the DP was finding out about the health of Raila Odinga. That I can confirm authoritatively,” he said. 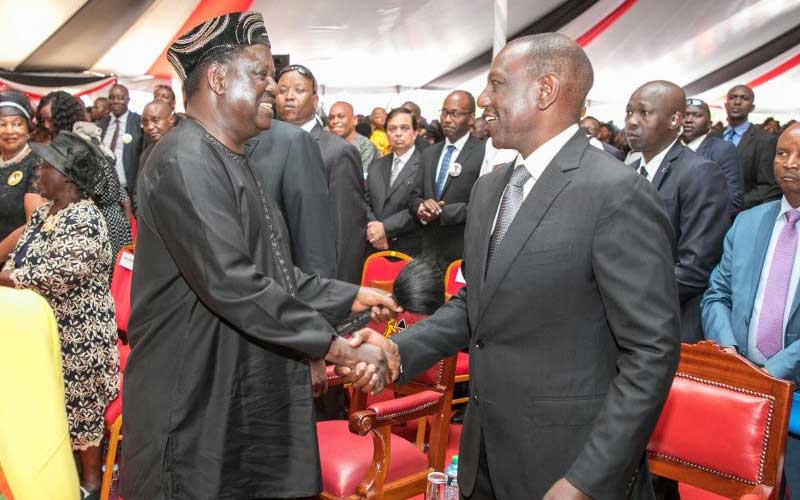 Details of the phone call emerged hours after DP Ruto noted that he has no problem with Odinga creating speculation that the two may work together in 2022.

"Some people think I have problems with Raila. I do not. These differences are political. And there are things I agree with Raila. He is agreed on the need to form national parties and he is facing similar issues (in the opposition) I am facing of regional chieftains. And I want to say this: If anybody wants to partner with us to bring up the hustler, we have no problem. We support, we will work together," he said.

I Cannot Call or Appear in Public with Uhuru- Cardinal Njue