Bahati Member of Parliament Kimani Ngunjiri who is also a member of the Hustler Nation has dismissed a recent meeting where Senator Susan Kihika led a delegation of Nakuru grassroots leaders to meet Deputy President William Ruto in Nairobi.

According to Ngunjiri, Senator Kihika handpicked a section of aspirants aligned to her and took them to Karen for the meeting.

The legislator questioned which grassroots leaders were taken to Karen noting that Kihika handpicked people from Bahati and deceived the DP they were elected leaders.

“It was an abuse of political leadership by Senator Kihika to take leaders she purports to be grassroots leaders to Karen to be ill-advised by leaders from Nairobi, Mt Kenya, Kisii and Mombasa before the DP on the issues affecting them in Nakuru County and being told whom to elect as governor in 2022," Ngunjiri said as quoted by Nation. 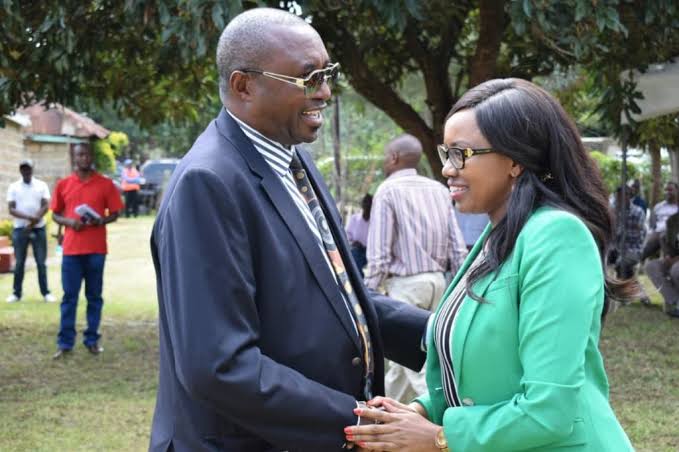 Meanwhile, early this week, a delegation of Nakuru leaders met the DP where they unanimously agreed to back Senator Kihika for the 2022 governorship.

The leaders also agreed to work with DP Ruto and the Hustler Nation team.

Issuing their memorandum to the DP, the leaders urged Ruto to ensure there is free and fair nominations in the UDA party to prevent future fallouts.

Additionally, the leaders took issue with Interior CS Fred Matiang’i’s remarks regarding the security allocated to the DP and his properties across the country.

While appearing before the Parliamentary Committee on National Security, CS Matiang’i claimed that Ruto is the most guarded Deputy President in Kenya’s history with 257 officers attached to him.

The leaders, however, dismissed Matiang’i’s remarks arguing that he was out of order by highlighting properties allegedly owned by the DP.

Some of the leaders accused the CS of putting the DP and his properties at risk.

While addressing the gathering, Ruto jokingly said that Matiang’I had forgotten some of his properties and promised t reach out to the CS with a detailed and updated list of what he owns.