Setback for Kenya as China Stops Disbursement of Loans

The Kenyan Government's infrastructural projects could be facing delays after China delayed the disbursement of loan funds meant to finance the projects.

The Kenyan Government's infrastructural projects could be facing delays after China delayed the disbursement of loan funds meant to finance the projects.

According to reports, projects funded by institutions such as the Export-Import Bank of China are experiencing delays with the financiers uncomfortable with Kenya's request for an extension of the debt repayment holiday.

A representative of the Chinese Embassy in Kenya, who spoke on condition of anonymity to a local daily, admitted that the projects faced a financing hitch.

He however said that consultations were going on under the framework of the Debt Service Suspension Initiative (DSSI).

Treasury Cabinet Secretary Ukur Yattani has since denied that the infrastructural projects were in limbo. 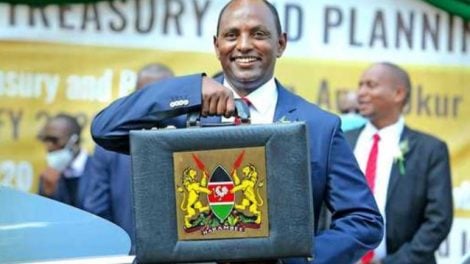 In January 2021, Kenya signed a Ksh 26.43 billion 6 month debt rescheduling deal just a few hours before the country was to pay the first instalment of a Ksh 107 billion loan to the Exim Bank of China.

"We can now use that money to honour our obligations, including continuing to finance the national government and county governments," Treasury Cabinet Secretary Ukur Yattani said after the signing of the deal.

The chickens have now come home to roost. Kenya is now reneging on the terms of the January deal with the government seeking an extension of the debt repayment holiday to December 2021 as the government is faced with another Ksh 160 billion loan with the first repayment starting in July 2021.

The Jubilee government has been criticised in the past for investing in white elephants which have become a burden to the taxpayer.

Its appetite for debt continues unabated with the country trapped in an unending debt cycle with a large chunk coming from the Chinese government and Chinese banks.