A Nairobi court has temporarily blocked Paul Mutunga Mutungi from taking over as the new Nairobi Deputy Governor following his successful vetting from the Nairobi City County Assembly.

In his application, Omtata argued that Mutunga was not cleared by IEBC, therefore he cannot assume the office of deputy governor.

Additionally, Omtata submitted that Mutunga was facing active charges in the Economic Crimes and Anti-Corruption Court. 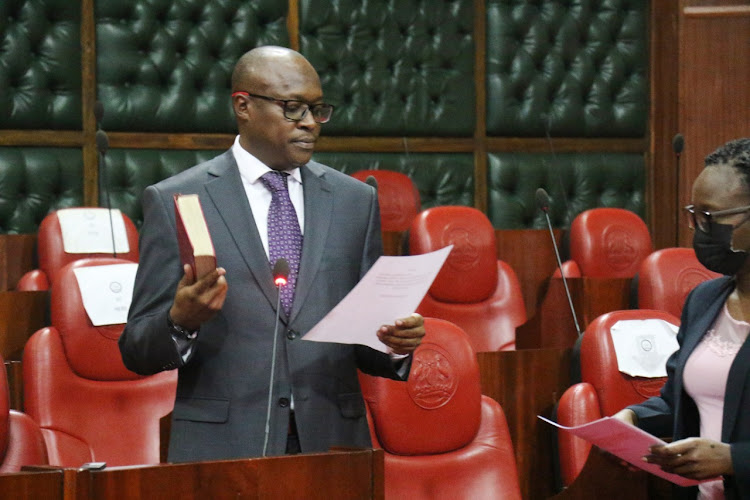 “It is both conceptually and practically impossible for EACC, which is actively criminally prosecuting Mr. Paul Mutunga Mutungi in multiple suits in the Anti-Corruption and Economic Crimes Division of High Court to have cleared him for appointment as the Deputy Governor Nairobi City County,” Omtata’s court documents read in part.

While delivering his ruling, High Court Judge Hedwig Og’undi barred Mutungi from taking his oath office or assuming office until the matter is heard.

"To preserve the substratum of this matter temporary orders of prohibition prohibiting Paul Mutunga from taking oath of office as Nairobi City county deputy governor and or assuming or occupying the office of the Nairobi city county deputy Governor pending the inter-parties hearing of this application,” Justice Og’undi’s order read in part.

The move to block Mutungi from assuming office came hours after he was cleared by the Nairobi City County Assembly.

Nick Mwendwa is not under Arrest, He was Kidnapped – Nelson Havi Claims