Kinoti Accuses Wanjigi and His Wife of Harrassment

This is in a bid to block his arrest after the court issued a warrant against him on Tuesday. 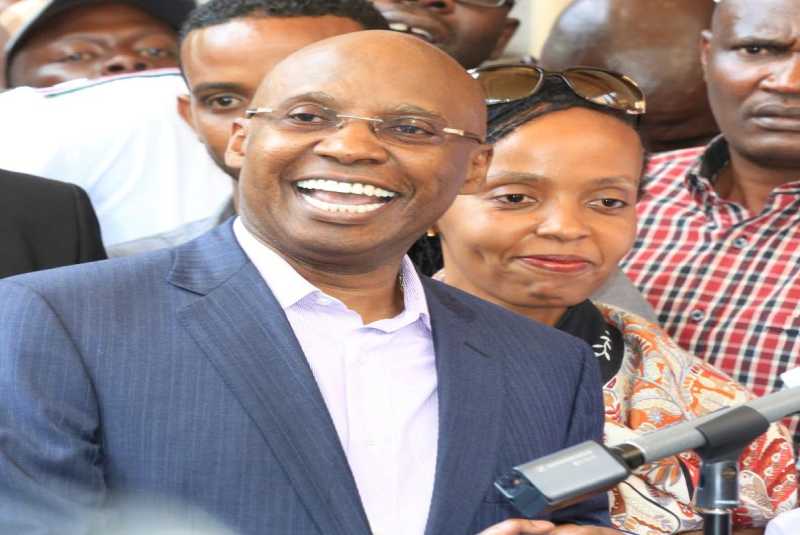 "Being an application for stay of execution and/or conservatory order pending the lodging, hearing and determination of the intended appeal against the ruling and orders of the High Court of Kenya at Nairobi [Hon. A.C. Mrima, J] delivered at Nairobi on the 29th of November 2021, in Nairobi High Court Constitutional Petition No. 520 of 2017," Kinoti said in the application.

The DCI boss stated that he is apprehensive continued harassment against him shall continue not unless the court grants the stay orders sought in his application dated November 30.

"THAT I swear this Affidavit in support of my application dated 30th November 2021. 5. THAT what is stated herein is true to the best of my knowledge save for the matters deposed to on information sources whereof having been disclosed and matters deponed to on belief whereupon the grounds thereof having been given," Kinoti said in a sworn affidavit.

This comes after the court on Tuesday directed IG Mutyambai to arrest Kinoti and have him arraigned to answer for contempt of court charges.

Kinoti was sentenced to four months in prison in November for failing to return guns belonging to Wanjigi despite court orders.

The DCI boss has since argued that the firearms were in the possession of the Firearms Licensing Board and not his office.

AG Kihara had moved to court seeking to have the case suspended pending the hearing and determination of his appeal.

One Person Dead After Trailer Fell on Personal Car in Kiambu