Wanini Kireri ‘The Disruptor’: Lady Behind Transformation of Kenyan Prisons

In our segment of #KenyaWomenSeries, we feature, Wanini Kireri. She is the Senior Assistant Commissioner General of Prisons in Kenya.

In our segment of #KenyaWomenSeries, we feature, Wanini Kireri. She is the Senior Assistant Commissioner General of Prisons in Kenya, a mother of one, a professional counsellor, and an author of a book titled The Disruptor, which describes her journey through the Kenya prisons service.

The year was 1982 when a youthful Wanini Kireri had just been enlisted into the Kenya prisons service as a cadet officer. This became the genesis of her journey in the Kenya Prisons. Her first posting was at Lang’ata Women Prisons as a duty officer. But she was unprepared for what she saw in prison. “It’s at Lang’ata Women Prisons that I witnessed first-hand the deplorable conditions of prisons which the incarcerated women were facing, especially those who had been accompanied by their babies. Inadequate beddings, food, sanitary towels and dirty clothes were the norm in prison. This was a culture shock for me, and my heart sunk,” She said.

In 1986 she was promoted and transferred to Embu Women Prisons as the officer in charge. She saw this as an opportunity to improve the lives of both inmates and the staff at the Embu Women Prisons. She started by ensuring that high levels of hygiene were upheld within the accommodation areas. Then, she got new uniforms for inmates and staff under her command, which boosted their morale.

In 1993 she got promoted to the rank of Superintendent of Prisons and then transferred to the Prisons College as a Senior Lecturer. “My duties were mainly training; to impart knowledge to both serving officers and newly recruited trainees. I also served as the College Adjutant. By the time I was transferred to Nakuru Women Prisons as an Officer-In-Charge, there was a severe clamour for reforms in our prisons. Human Rights organizations, amongst other organizations, were up in arms against the perceived torture behind bars.

“With my creativity, I pioneered the open-door policy under the Vice President of Kenya, His Excellency Moody Awori. This would open up prisons to the “outside world”. I welcomed partnerships from various organizations, including churches, who came on board and offered a helping hand to the prison by donating beds and sanitary towels. Some even constructed daycare centres for the children of the inmates. My heart melted with joy,” She said. 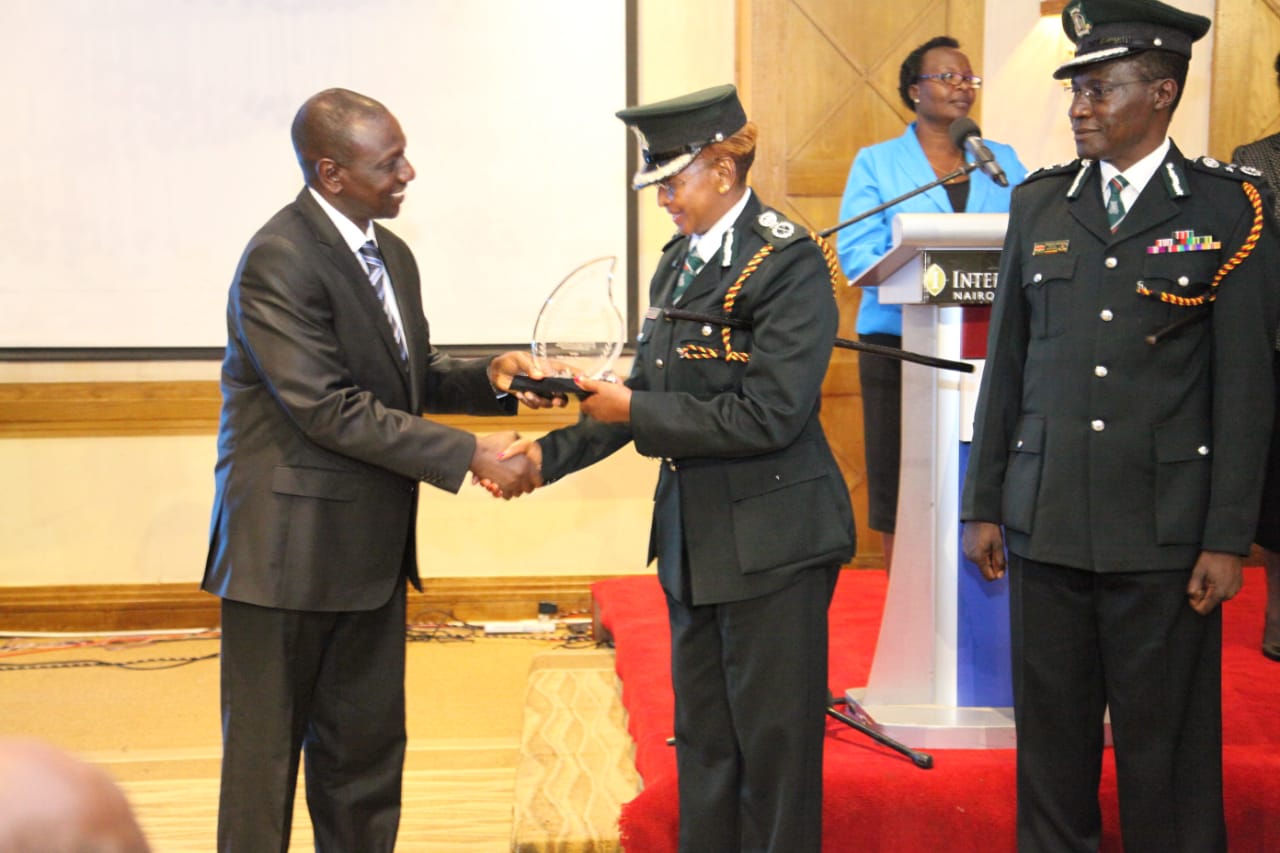 At around the same period, Wanini championed formal education for the inmates and had well-wishers support through the provision of stationery. She also introduced other initiatives that included beauty pageant programs for the inmates and a remote parenting program, a concept she borrowed from China while on a benchmarking tour.

The program allows families, especially children, to visit the prisons and spend a day with their loved ones. This program was later adopted by all prisons countrywide. However, it wasn’t without challenges. She realized that the status quo had to be disrupted for the reforms to be implemented and for change to happen.

In 2006 she was transferred to Shimo La Tewa Maximum Prisons, a male-only prisoners institution, as the first-ever female officer in charge of the prison. “Even here, I started the process of implementing the reforms. In 2010, I relocated to Nairobi as Provisional Prisons Commander, which later changed to Regional Prisons Commander of Nairobi in charge of supervising all the prisons in the Nairobi region. She wasn’t content. She continued to push the wheel of reforms and started recreational activities like sports for the inmates within the Nairobi region, launching the famous “World Cup Behind Bars," she remarked.

In 2017 she moved from the Nairobi Region to Prisons Headquarters as the Director, Legal Section. To nurture talents and invoke creativity among the inmates, she introduced dancing and drama competitions leading to some inmates becoming professional entertainers upon leaving the prisons. She also teamed up with the Presbyterian Church who offered a Diploma course in theological studies for both inmates and staff. In addition, through faith-based organizations, male inmates were taken through transformational programs, like Man Enough, Man of Honour, Mizizi, just to name but a few.

In one of her many study tours, Wanini would end up in Sweden. On coming back, she adopted some programs into the prisons, such as The Monastic Retreat, a holistic- wellness program, and the child-friendly visit aimed at reconnecting families. She currently serves as the Commandant of the Ruiru Prisons Staff Training College, a position has she held since 2018, the first female to hold this position in Kenya.

“Looking back through my journey of about 40 years, my proudest moments include witnessing the prisons adopt reform programs that I introduced, getting testimonies from former inmates who have reformed as a result of these programs, and being honoured nationally and internationally. I am humbled,” she said.

1. Now that you have spoken about your recognition both nationally and globally, kindly tell us about these awards and what they mean to women who look up to you.

To realize such achievements has been a journey of patience, self-awareness and innovation. Yes! I do count myself lucky to have received such accolades over the years that I have served in the Kenya Prisons Service. Some of these national and global awards include:

• Recognition by Reach out Center for Drugs & Rehabilitation for successfully facilitating service to humanity, 2008.

• Impact Award by Word of Life International for being a role model to the youth -2008. 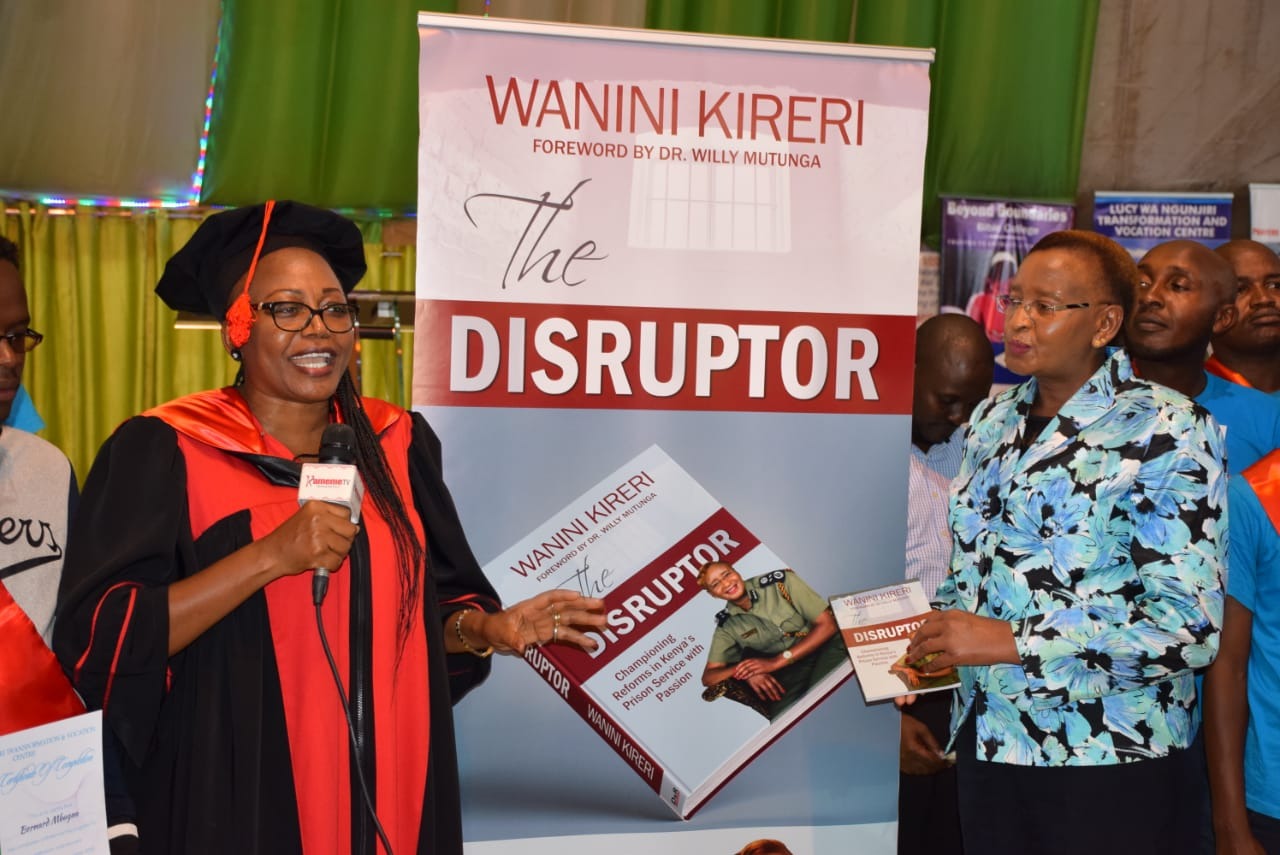 For the younger women in service, I have deliberately been a mentor to them. I would love to see more of them holding such positions and getting recognized globally as well. It is crucial to note that there are challenges in this role, some of which can be traced to the African Patriarchal way of life. However, all is not lost, I want young female officers to be alive to the following;

• In most instances, the glass ceiling has been broken, and women are reclaiming their positions. Everything is possible with determination, and through hard work, your presence will be felt. It only calls for you to be courageous and resilient. Identify opportunities and embrace change as it unleashes your full potential.

• No matter how high you climb the career ladder, remain humble. Being a leader does not stop you from interacting with fellow officers or even junior ones and encouraging them. Leadership by example will break the barriers between you and your officers.

• When you have a chance, uplift someone else. Learn to identify the potential in others, and while at it, encourage them through teamwork. Do not fear disrupting the status quo as it is no longer business as usual. We are here, we are capable, and we are doing our best.

2. You speak about challenges; what do you consider to be the biggest challenges in your quest to climb the career ladder, and how did you overcome these?

In the early 80s and partially early 90s, the vacancies for women in terms of promotion were very few compared to men. There were also delays in promotion for female officers. But thanks to the affirmative action, the Prisons reforms and the current Kenya constitution that provides for gender mainstreaming and equal opportunities, things have improved.

To overcome challenges, I have first anchored myself in God through prayer. I also have some fundamental guiding principles; hard work, patience, confidence, courage, firm and fairness at work. It is also important to know your strengths, set new limits and respect those you work with even as you develop a clear vision. Lastly, being authentic is important. It is a major principle that has worked for me.

3. You are an author of a book entitled “The Disruptor” and are about to launch your second book. Please give us a brief of both books and what inspired you to write them.

My book “The Disruptor” is my autobiography. It simply tells my story and describes my journey through the Kenya Prisons Service. My inspiration to write this book was as a result of taking part in the initial years when prisons were experiencing serious clamour for reforms. Most of my peer and stakeholders frequently asked about my experience in the prisons reform, which led to the birth of the book- The Disruptor.

My second book, “Comprehensively” talks of my leadership journey and styles. I believe I have been successful in achieving my potential. In addition to reading widely on rehabilitation, most of my readings are inclined to other countries or setups, hence the need for one tailor-make for local institutions and for our country Kenya, that people can relate with, including young Kenyan leaders. 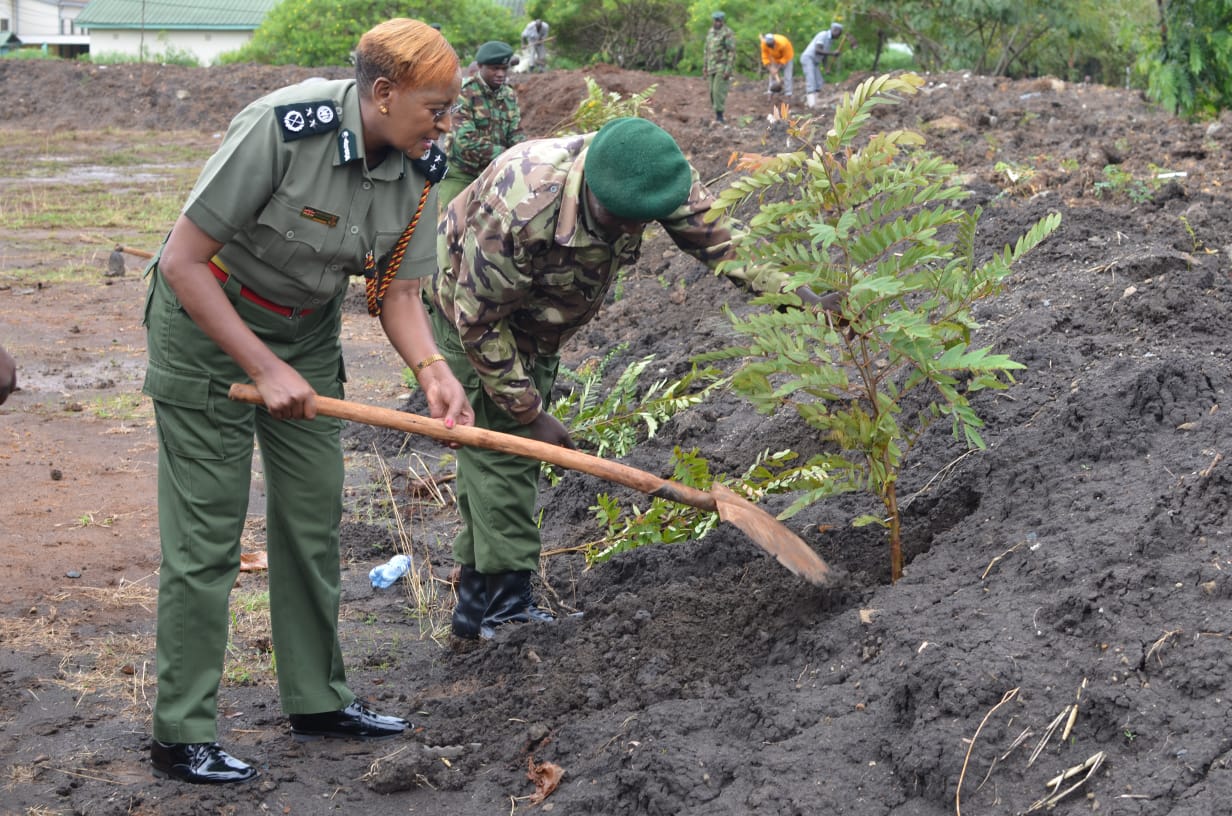 4. If given a chance to reimagine the prisons in Kenya, what two things/ further reforms would you recommend?

a) The remote parenting. We experienced and are still seeing its impact on our rehabilitation. I feel there is a need for it to be incorporated and embedded in the Kenya prisons framework and embraced within the system.

b) Enhance the prisons rehabilitation programs to suit the current trends. Incorporate new concepts, for instance, treatment plan and remedial for both inmates and staff.

c) Improvement of technological infrastructure in prisons through proper funding and partnerships. Our prisons are still behind in technology in this fast-moving world.

5. As we end this interview, we are curious. How does Wanini Kireri describe herself?

I am confident and courageous; I am never afraid of doing the right thing. I am not scared of failures. To me, each failure is a stepping stone for improvement. I am God-fearing and always open to feedback.

Brand yourselves and rise above any limits you have. Once you have carved out your niche, claim your space, work toward realizing your potential and opportunities will avail themselves. When they do, grab them and utilize them to the maximum.

Saving the African Child; Progress Made in Kenya We Will Ensure Peace in DRC - President Ruto