While addressing leaders and residents, the ODM Leader pledged to reintroduce the Ministry of State for Development of Northern Kenya and other Arid Lands.

The former premier reminded them of the painful past the region has been through since independence to date, saying time has come for every Kenyan to be respected.

Odinga also met with members of county assemblies from the region, who aired their concerns. He assured the civic leaders that he will continue pushing for the increment of money to counties from the current 15 per cent to 35 per cent. 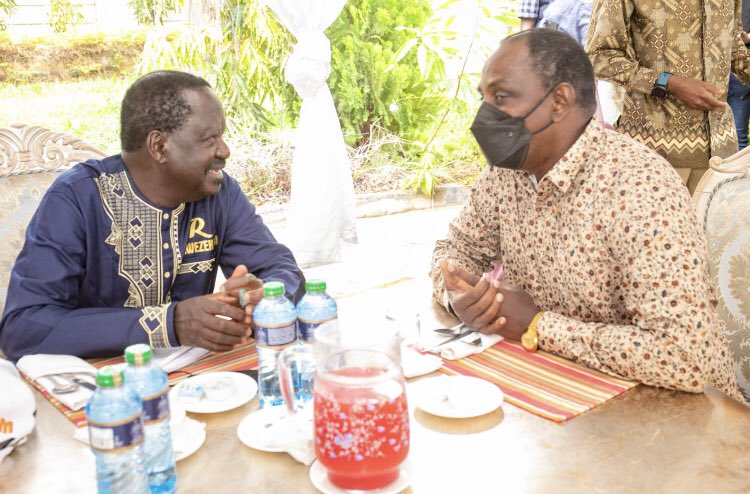 While addressing leaders and residents, the ODM Leader pledged to reintroduce the Ministry of State for Development of Northern Kenya and other Arid Lands.

He further assured that he will ensure more funds are allocated to the ministry to ensure the growth of North Eastern, if he is elected president.

The former premier promised to create a environment that will support and bolster the establishment and growth of businesses in the country.

“I will create a toll free youth center to have youths call and air their issues with government anytime of the day," he assured.

Odinga added that he will create a tax holiday of seven years to the youth in addition to other incentives.

“We will revamp and empower the youth one stop shops to help curb the use of drugs and other vices among the youth.

“We will proved women with opportunities to earn a living, support them to do business and grow," he stated.

Treasury Cabinet Secretary Ukur Yatani, Garissa Governor Ali Korane, who are among the leaders from the region that attended the meeting, have since urged Kenyans to vote for Odinga as their next president.

Raila Warns Government Ahead of Kamukunji Event on Wednesday