CFAO Motors Kenya Managing Director, Arvinder Reel said, “We join the rest of the country and the motorsport community in celebrating having the Safari Rally on the World Rally Championship (WRC) calendar till 2026. Our sponsorship of this year’s edition is a demonstration of our commitment to support the growth and development of this leg of the rally championship.” 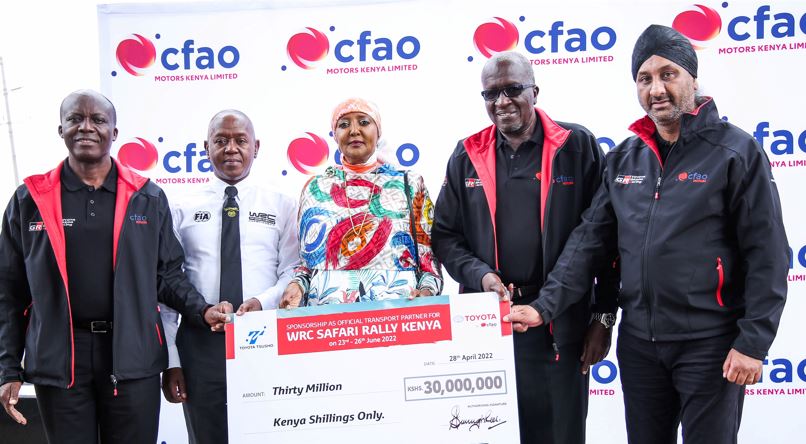 Mr. Reel added that having the Toyota Hilux as the double zero and triple zero car during the rally is a testament to the Hilux’s characteristics of being an off-road king, versatile, and its high ground clearance, thus stamping its authority as “Shujaa wa Kazi”.

As momentum builds towards the start of the Safari Rally, Toyota Kenya will give rally fans an opportunity to view the 1995 winning car, Toyota Celica ST185 Turbo Group A from May, which was driven by Japanese Driver Yoshio Fujimoto.

CFAO Motors Kenya is the exclusive dealer of Toyota models in Kenya.