Senior Counsel Ahmednasir Abdulahi has weighed in on the recent High Court ruling sentencing DCI Boss George Kinoti to four months in prison, noting that disobedience of the ruling will have dire consequences on the latter.

Kinoti was found guilty for contempt of court after failing to return firearms confiscated from Jimi Wanjigi.

While delivering his ruling, Justice Mrima noted that DCI Kinoti has seven days to present himself to prison authorities.

The court further noted if the DCI boss fails to adhere to the ruling, a warrant of arrest will be issued against him.

“In the further event that the Inspector General of Police fails to execute the warrant of arrest, the same shall remain valid and remain executed at any time including when George Kinoti leaves the office of the Director of Public Prosecutions,” Justice Mrima’s ruling read in part. 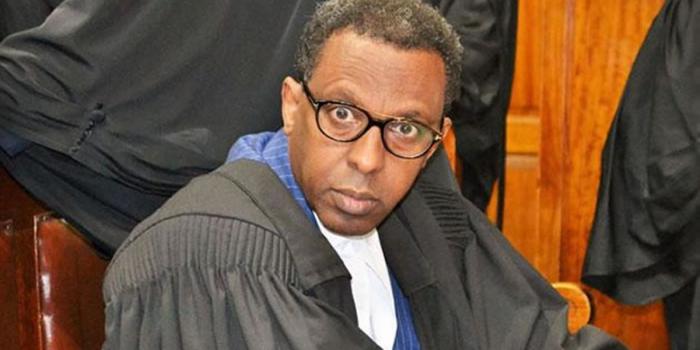 Reacting to the ruling, Ahmednasir said as it stands; the DCI Boss has two options; presenting himself at Kamiti Prisons as directed or seeking stay orders against the ruling.

The Senior Counsel further noted that it the DCI boss chooses to ignore the ruling, then he’ll be a fugitive from the law and will seize being an officer of the police service.

“DCI Kinoti is Powerful with Powerful men in his corner. But if he doesn't get a stay order against the 4 months prison sentence either from Justice Mrima or the Court of Appeal by 6 PM Wednesday next week...then at 6.01, he stands constructively dismissed from the police force.

“It doesn't matter whether or not the @IG_NPS enforces the court order. For the purposes of his criminal sentence that is immaterial. Once the order of Justice Mrima crystallize, Kinoti will be a fugitive from the law & will by operation of law stand discharged from the police force,” he tweeted.