ODM on Spot After Goons Attacked Journalists at Party's Headquarters

The Media Council of Kenya (MCK) has called on the Police to arrest goons who reportedly attacked two of its journalists at ODM Party Headquarters in Nairobi on Thursday.

In a press release by MCK, the council reported that two journalists, Moses Nyamori of The Standard and Luke Awich of The Star newspaper were attacked while covering a public rally at Orange House which was led by Raila Odinga.

The council said it was concerned that ODM leadership had not come out to condemn the attacks and called on the Inspector General of Police to act swiftly and arrest all those who aided in the attacks.

"The council is concerned at political party orchestrated violence against journalists and lack of investigations on such and is calling upon the Inspector General of Police Hillary Mutyambai to arrest the perpetrators" read part of the address.

MCK said the journalists were profiled out after stories published under their bylines about a week ago which allegedly attracted verbal attacks and threats from ODM party officials who had been quoted in the story.

The council called on ODM party leadership led by Raila Odinga who was leading the rally during the attacks, to come out and disown such acts of violence against journalists.

"The media council of Kenya calls on ODM leadership led by its party leader Raila Odinga who was hosting today's events to disown such acts of violence against media and commit to non-interference in the work of media workers in all activities henceforth" added MCK. 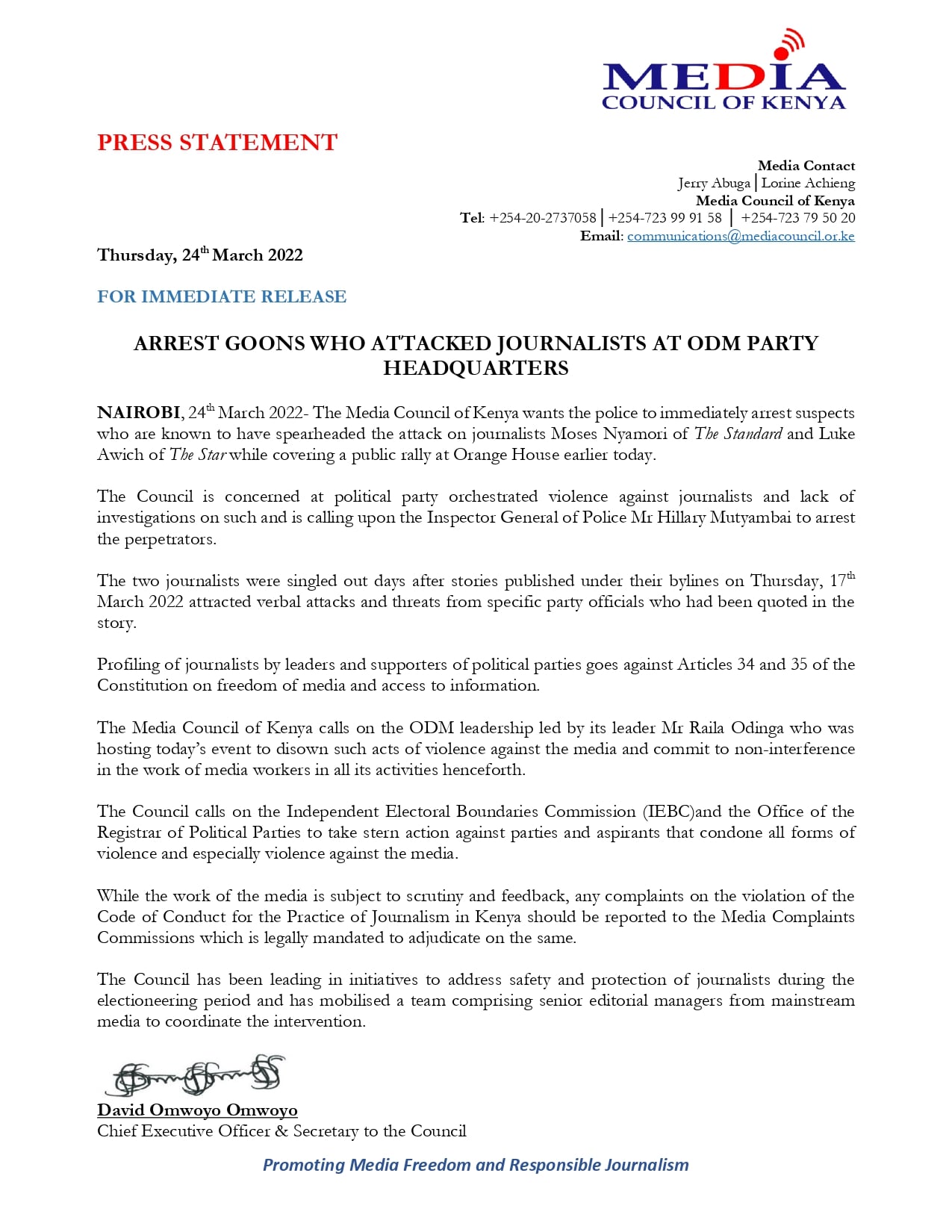 This comes just days after NTV journalists who were covering ODM and Azimio la Umoja rallies in Nairobi were roughed up and sent away by men who reportedly introduced themselves as ODM security.

The NTV cameraman, a reporter, and their driver were denied access to cover the ODM rally and were roughed up as they tried to gain entry into the venue to cover the rally at Dagoretti Corner in Nairobi on Thursday last week.