In a video posted on her YouTube channel, Eve gave her fans a sneak peek of the house although it was yet to be furnished back then.

While acknowledging that it was difficult to get the house, Eve noted that she finally got what she wanted, singling out features like the spacious leaving room and dining area.

The two-bedroomed exquisite house has modern finishing and boasts of an inbuilt cooker, oven, and DSQ.

One of the amazing features of the house is its huge windows that ensure access to lots of natural light. In addition, it has a huge balcony with an amazing view of Nairobi’s Westlands area. 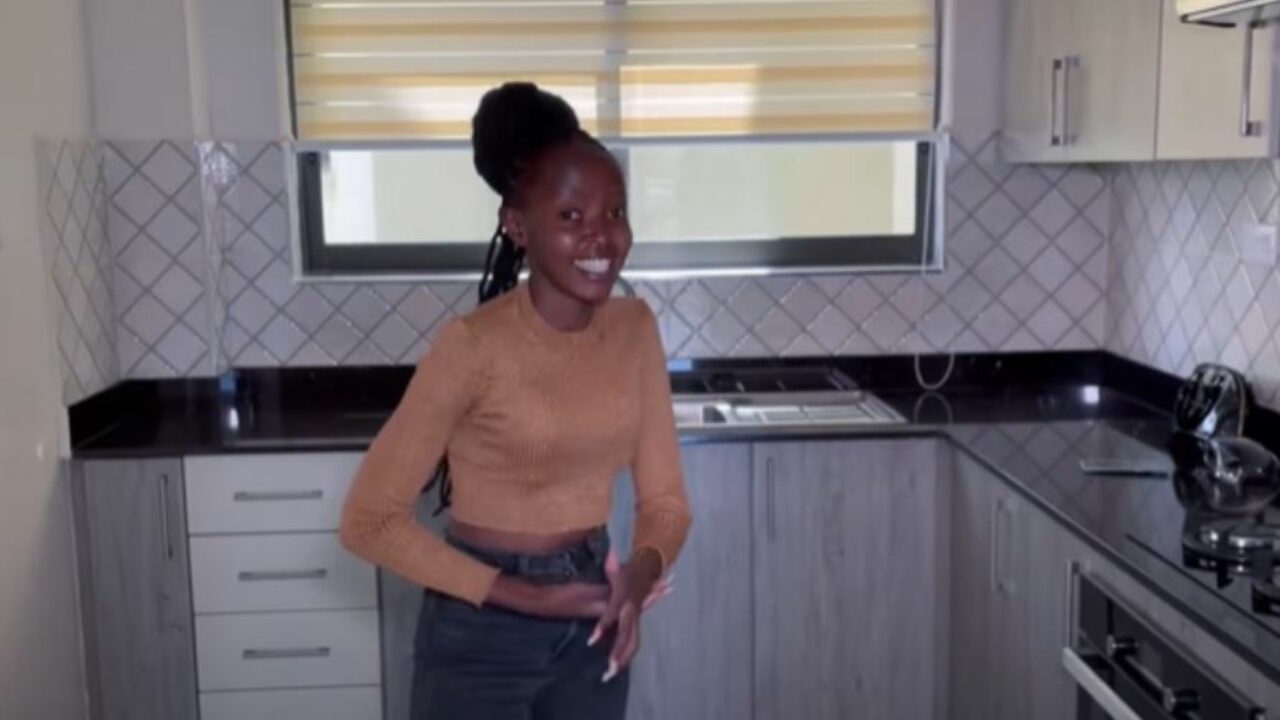 Eve Mungai showing off sections of her home. [Photo: Courtesy]

While acknowledging the balcony and the nice view, Eve noted that the space provides them with an alternative place to shoot should she and her boyfriend want to create content while at home.

Cognizant of the challenges most Nairobians face in regards to power outages, the house has been fitted with an alternative power source, cushioning residents from blackouts. Eve’s home also has a lift that can be operated from the house, making it easier especially when dealing with kids or visitors.

Outside, there is a common pool which is accessible to all residents in the building. Another feature that makes the house spectacular is the intercom door system where the house owner can engage a visitor at the gate before giving the green light for them to be allowed in or not.

Explaining the decision to move form her previous home to the current one, Eve noted that the nature of her work requires her to be closer to town as she at times works till late in the night.

“Our current house is located very far from Nairobi. We have to get to town to access other places. Sometimes we get back to the house at 11pm,” she said.

Here is video of Eve Mungai giving fansa tour of her home: